Shaping the workforce of the future at RPG Group

THE BUILDING BLOCKS OF D&I

Over the past few years, governments and organisations have begun to facilitate positive conversations around Diversity, Equity, and Inclusion, in a bid to reshape and reimagine traditional norms. In the corporate world globally, the D&I space has evolved from mere tokenism into becoming a priority in the larger corporate strategy and culture.

Through a journey that began nearly eight years ago, the RPG Group has made giant strides over the last few years to create positive impact and shape policies beyond the textbook approach to D&I.

RPG Group is perhaps one of the first few Indian conglomerates to hire employees from the trans community, in a bid to provide a dignified means of income to the widely ostracised community. Policies and initiatives such as the partner benefits policy that extends to unmarried partners, internships and hiring programmes dedicated to women looking to return to the corporate world, veterans, and those from the LGBTQIA+ community are an extension of the Group’s ethos to build RPG as a happy and equitable workplace. At RPG , we have always focused on the right drivers for Diversity & Inclusion in our workplace.”

The 2022 D&I Conclave was held in June, to commemorate Pride month. The Conclave is an annual celebration of the contribution by RPGians towards furthering D&I at the Group, as well as an opportunity to reflect on the progress made so far.

While addressing the audience at the Conclave, Somraj Roy, Chairperson, D&I Council and CHRO, KEC, attributed the success of the D&I agenda to the four cornerstones of the Group, “The D&I pillar at RPG Group stands firmly on the strong foundation of our Vision, Values, Framework, and Happiness Quotient. Over the last few years, we have made significant progress in our D&I agenda. However, it is time to include our extended stakeholders, such as contractors and vendors, into this fold as well. We need to create an inclusive system that will also enable and empower them.”

Harsh Goenka, Chairman, RPG Group, says, “The continuous focus on D&I has yielded results in increasing our overall D&I Quotient from 18% in FY18, to 22% today. I congratulate all group companies and their Councils for their commendable work and for helping us get closer to our targets. Under their leadership and guidance, we continue focusing on hiring diverse talent across various levels, and creating initiatives to foster an inclusive and happy environment.”

Sanjana Vaidya, Secretariat, Group D&I Council, adds, “Despite the worldwide pandemic affecting a percentage of working women globally, RPG Group has continued to move forward in this direction through initiatives such as internships and hiring that’s focused on encouraging women to return to the workforce. We are on track to achieving our target of 25% gender diversity at the group level, by 2025.” As a 200-year-old company with strong roots in Indian heritage, our strength lies in our diversity.”

While the focus for the Group last year was to increase the hiring of trans candidates, this year, the target is to increase the focus on hiring and developing talent with disabilities and geographical diversity. S 'Venky' Venkatesh, President, Group HR, says, “We have been focusing on bringing that diversity into hiring, especially at the leadership level, basis the country of origin. We are pushing this, particularly in globally spread companies such as KEC and Zensar. While we have come a long way as a Group, there is still so much more that we can accomplish.”

The Conclave saw awards being presented to individuals and teams who have invested their efforts and time to contribute to the RPG D&I initiative during the past year.

Soban has single-handedly taken the baton of owning, leading, and managing the “100 Queer Interns” programme, an exclusive internship/hiring programme to train and upskill students from the LGBTQ+ community and empower them with opportunities to work with Zensar in mainstream roles.

Biju has been at the forefront of promoting gender equality, gender sensitisation and POSH awareness across HML's plantations and at the Head Office. He has strongly advocated hiring women executives in the tea estates, a first-of-its-kind in the history of the plantations company.

Talent Acquisition, HR Operations and Plant HR Team, for Breaking the Stereotype and Hiring Transgender employees in the CEAT factory.

HML continues to steadily support its women employees and workers, constituting 57% of the total workforce. In 2021, HML bagged the 6th position among India’s Best Companies to Work for 2021, and was ranked among the Top 50 Best Work Places for Women in India, the only Indian plantations company to have bagged this honour. In 2022, HML was awarded the 17th position among India's Best Companies to Work for 2022, reiterating its strong work culture.

The Conclave also included performances by Atypical Advantage, India’s largest inclusive platform generating livelihoods for people with disabilities; and Raj Jain, a singer, music composer and poet who was diagnosed with retinitis pigmentosa at the young age of five and has since overcome his challenges and found a passion in music.

Prashant Issar, Founder, Ishaara, Mirchi & Mime, Madeira & Mime, addressed the audience on how it was important for businesses to generate wealth for both the society and for themselves, and that integrity and commitment are more important than capability and skill.

Unlocking the power of AI to drive inclusion 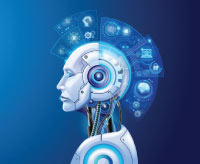 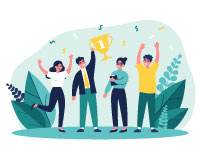 Tried and tested – why boomerang hires are worth it